When I think about the key ingredients for holiday joy, a fairly common recipe comes to mind: sharing stories, laughter, food, and fun with family and friends. This holiday season, a few TV commercials have me reflecting on how technology is affecting some of our long-held traditions, and what that says about our current culture and values.

Commercials work best when they capture something familiar – in our beliefs, values, experiences, or aspirations. By looking at two recent examples from technology companies, we can get a window onto some of the more tacit aspects of our relationship with technology, both how it is at present and how we would like it to be.

This commercial opens with various pairs of grandparents reading aloud the posts and tweets that their grandkids have been sending. To quote a few:

I’m going to my Grandma’s house where there’s no On Demand no Netflix and no wifi [sad face]
My Grandmas house is straight medieval bruh, she’s got no wifi #notsomerryxmas!
Entering the gates of hell where there’s no wi-fi and no shows AKA grandmas
Off to Grandmas. Off the grid. #Prayforme

The grandparents are portrayed as mostly confused by these comments. All I keep thinking is, didn’t these kids see (or read?!) The Grinch Who Stole Christmas? (Or would those Who’s down in Whoville have sung a different tune if the Grinch had stolen not just their Who-Pudding and Roast Beast but their xfinity box, too?)

The story then follows one particular family in which the grandparents get xfinity just in time (i.e., before the grandkids arrive), saving Christmas from the darkness of a wifi deadzone. We then see a collage of warm, tech-enabled holiday interactions, with just the right amount of product placement oh-so-smoothly woven in.

Now, I appreciate the benefits of technology as much as the next gal, perhaps even more. I grew up having to wait to watch TV shows that only aired according to their pre-scheduled times. So, I willingly acknowledge that On Demand and Netflix are a noticeable value added. On top of that, I use wifi and the internet avidly – at work, at home, on the road… So, when I lose access, I definitely take note and feel the loss.

But, the premise behind this commercial is sending the message (quite literally, in fact) that, for these teens, no wifi equals no fun… no sense even trying. Only upon seeing the newly installed xfinity and On Demand services at Grandma’s house do the kids open up to the possibility of enjoying themselves. We are meant to ponder: Would these beautiful family moments have ever occurred, were it not for xfinity? Of course, the skeptical side of me can’t help but think of the many off-screen moments where those teens, parents, and grandparents were being pulled away from time with each other to follow the latest notification on their phones, carry on multiple texting conversations, or check in on social media.

What are the consequences when kids today – or any of us, for that matter – believe that no wifi means nothing good can happen? How does it affect our interactions with those who are less technologically inclined? Sure, generations will always struggle to “get” each other, but are we now at a point where technology is increasing the divide? Is the current cross-generational failure to connect (pun intended) part of a larger gap in our ability (or desire) to understand those who are different from ourselves? In theory, technology can enable and even promote contact with diverse others, but in practice, do we leverage that potential, or do we more often use technology to stay in our comfort zones and stick with our own kind?

Here we find a father and daughter, sitting together on the couch, reading a book about whales. As the father is in the midst of reading aloud, this conversation ensues.

The commercial concludes with the father getting in only a few more words of the story before the daughter asks yet another question.

From one perspective, this is a very sweet story. The father and daughter are clearly happy to be spending time with each other; there’s a good dose of laughter; and the father’s loving patience conveys a sense of timelessness – he’s in no rush to finish the story and move on.

And yet, for me, this rendition of family storytime is seriously lacking.

Thanks to Google Home’s role, the father and daughter aren’t actually talking to each other. The daughter lobs a question, the father bats it on, and Google Home’s response puts it to rest… prematurely, in my opinion. It’s as if Google is telling us that we can ask a question of its amazing, all-knowing product, and the response will be singular and final. No need for follow-ups or elaborations; no room for push-back or contextualization. In epistemological terms, this commercial is espousing a model of knowledge-as-received-truth (see Dualism), rather than what we associate with more developed stages of intellectual development (Relativism, Constructed Knowledge), where making an argument based on evidence and acknowledging the role of context are what really matters. A friend of mine has described this distinction quite succinctly: Google Home is providing information, not knowledge.

As a parent and a teacher, I can imagine seventeen different ways Google could have written the lines following “How big is a blue whale?” – ways that would have more actively engaged the daughter in exploring what she wanted to know, while drawing on the father’s knowledge and experience and still leveraging the vast database behind Google Home. For example, what if the father asked the daughter to share her best guess for how big a blue whale is. If she wasn’t sure, he could guide her through an estimation process, demonstrating a generally useful skill: “Do you think a blue whale is bigger than a toaster? … Bigger than a schoolbus?” Then, based on where that conversation led them, the father could tap into Google Home’s repository by translating their new, co-constructed question into terms that would likely give a meaningful response, i.e., How many school buses parked end to end would it take to equal the length of a blue whale?

With the story as it stands, however, the following questions build in my mind: What, if anything, did the daughter actually learn from this interaction (specifically, about the size of blue whales and more generally, about the process of inquiry)? Did Google Home’s response “has a weight of 300,000 pounds” actually answer the question she was asking? Did that specific fact convey any meaning to her? More generally, what is the relative value of learning a fact versus honing a skill or engaging a habit of mind? Does a child still experience curiosity when her information gap is so quickly and succinctly filled?

Both of these commercials do a great job of selling the product being advertised, either as a necessity you can’t live without or a luxury you wouldn’t want to miss. But last I checked, for meaningful, interpersonal interaction: no batteries required.

Marsha Lovett, PhD, is Director of the Eberly Center for Teaching Excellence & Educational Innovation, and Teaching Professor of Psychology - both at Carnegie Mellon University.

In her research, Dr. Lovett studies learning, memory, and problem solving. She has published more than fifty articles on learning and instruction, co-authored two books, and developed several innovative, educational technologies, including StatTutor and the Learning Dashboard. 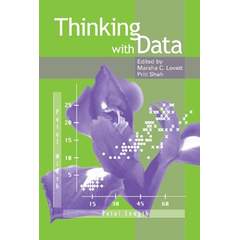